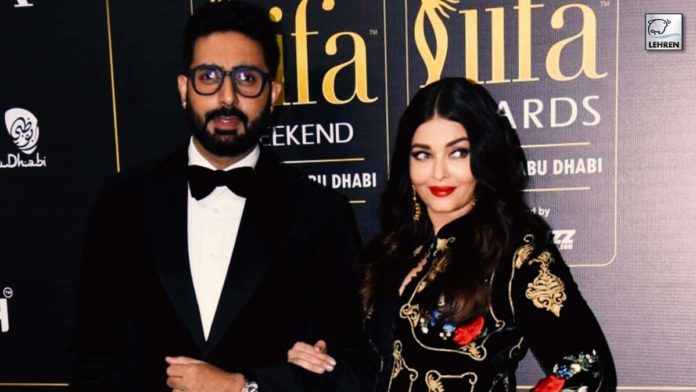 Aishwarya Rai Bachchan is hopeful to work again with her husband Abhishek Bachchan but the family remains her priority.

According to ETimes, when questioned about working with Abhishek, Aishwarya looked up to the skies and said, ‘It should happen’. She further revealed the reason for not returning to acting. She said, “My priority is still my family and my child. I braved and stepped out to complete Mani sir’s Ponniyin Selvan, but that doesn’t change my focus for my family and Aaradhya.”

“Ponniyin Selven: I” is a historical drama based on Kalki Krishnamurthy’s 1955 Tamil novel of the same name. The story revolves around the early days of Arulmozhivarman, one of the most powerful kings in the south, who went on to become the great Chola emperor Rajaraja Chola I. Ponniyin Selven is directed by Mani Ratnam who also directed the 2007 film, Guru, that starred the Bachchan couple.

Aishwarya was last seen in Fanney Khan in 2018, which also starred Anil Kapoor and Rajkummar Rao. Next on her project is the Tamil film Ponniyin Selven: I slated to release on 30th September 2022. This film marks Aishwarya’s comeback on screen after 4 years. She is also speculated to work on Rajnikant’s upcoming film. However, on working with her husband, the Devdas star is hopeful for that to happen soon.

The husband-wife duo attended the 22nd edition of the IIFA Awards together. Aishwarya was seen moving on beats while on her seat when Abhishek performed on stage. Earlier this year in April, Abhishek had also told Indian Express that he would ‘love’ to collaborate with Aishwarya again, but ‘it has to be the right script at the right time.’ The duo was last seen together in the 2007 film Guru by Mani Ratnam.