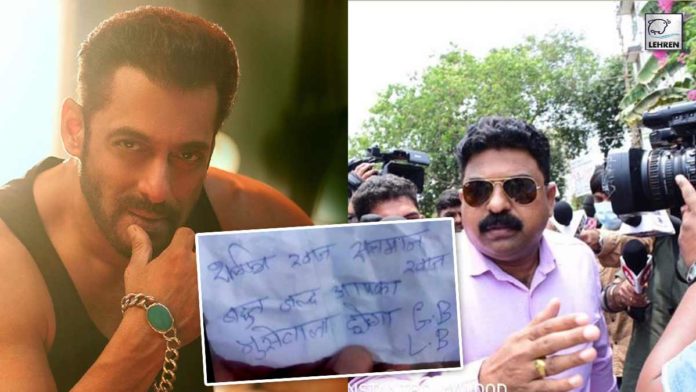 On Sunday, June 5, Bollywood actor Salman Khan’s father received a threat letter, on a bench of the promenade accompanied by his security personnel where he sits daily after jogging in the morning. “Moosa Wale jaisa kar dunga (Will make you like Moose Wala),” the chit read as per the report.

While recently the Dabangg actor was spotted outside his residence as his security has been enhanced soon after receiving the threats. After this threat letter, the actor filed an FIR and now CBI officials have reached his residence. According to the reports, “Maharashtra Home Department strengthens actor Salman Khan’s security after a threat letter was sent to him and his father Salim Khan yesterday, June 5,”. Recently, A CBI officer was photographed outside Salman Khan’s house a day after the actor and his father and renowned screenwriter-producer Salim Khan received a threat letter.

The news surrounding Salman’s security has gained momentum after the shocking death of renowned Punjabi singer Sidhu Moosewala, who was shot in daylight as he left for his house by the assailants. Goldie Brar, a henchman of Lawrence Bishnoi, claimed responsibility for the Sidhu Moose Wala murder. In such a situation, the police have become alert about Salman’s security. Bishnoi had threatened to kill Salman many years ago.

While it is to be noted that the gangster has previously threatened to eliminate Salman Khan over his involvement in the blackbuck case, due to which the police had to stop the actor’s ‘Race 3’ shoot for a while. The same year, one of Bishnoi’s aides was arrested over a death threat issued to the actor in the blackbuck killing case.