After Leaving Hera Pheri 3, Akshay Kumar To Headline This Film 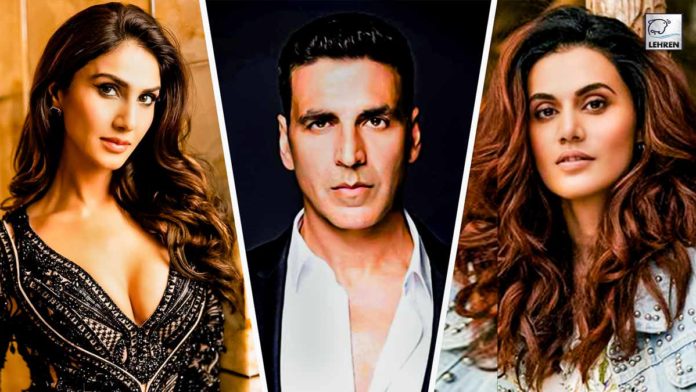 After leaving Hera Pheri 3, it is now believed that Akshay Kumar has signed another film titled, "Khel Khel Mein", which will also star Taapsee Pannu and Vaani Kapoor.

Bollywood actor Akshay Kumar recently grabbed the headlines after it was reported that the actor has been ousted from the iconic sequel of the film Hera Pheri. Meanwhile, as per the latest reports, it is now believed that the actor has already started working on his next projects. After leaving Hera Pheri 3 the actor has now signed another comedy film titled, Khel Khel Mein with filmmaker Mudassar Aziz.

As per the latest reports, it is believed that Akshay Kumar has taken up another comedy film titled, “Khel Khel Mein” which will be directed by Mudassar Aziz. However, the project hasn’t been announced yet, though the rest of the cast has been finalized. Earlier it was believed that Samantha Ruth Prabhu will be leading the film, however, the female lead cast has now been changed.

A source close to the development told Hindustan Times, “The film will see Akshay reuniting with his Bell Bottom (2021) co-star Vaani Kapoor, and also his Naam Shabana (2017) and Mission Mangal (2019) co-star Taapsee Pannu. In addition to this, the film will also star popular Punjabi singer and actor Ammy Virk in a prominent role. Some more actors would be coming on board, but details are yet to be finalized”. The film is expected to go on floors next year.

Why Akshay Kumar Got Ousted From “Hera Pheri 3”

Apart from Khel Khel Mein, Akshay was earlier expected to feature in the iconic franchise Hera Pheri 3. However, instead of Akshay, actor Kartik Aaryan has been taken in the film as the lead. Kartik wouldn’t be technically replacing Akshay as the role of “Raju” played by Akshay will be taken off from the script. Apart from Hera Pheri 3 Akshay has now also been ousted from films Awara Paagal Deewana 2 and Welcome 3, according to a Bollywood Hungama report.