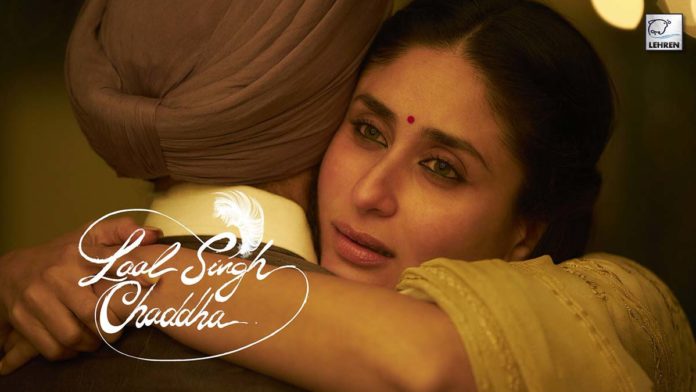 After Aamir Khan Laal Singh Chaddha actress Kareena Kapoor addresses boycott trends, and says, "And that's why I don't take any of this like seriously.”

Laal Singh Chaddha: Days before the release a boycott trend has been trending against the movie Laal Singh Chaddha on Twitter. Reacting to this actor Aamir Khan addressed the matter and said, “Please don’t boycott my film. Please watch my film.” Meanwhile, now the lead actress of the film, Kareena has also addressed the matter and said, ‘It’s a film and it’s going to release and everyone will have their opinion.’

Meanwhile, in a conversation with India Today actress Kareena Kapoor has now finally responded to the boycott trends and said, “Of course, because the accessibility is there today. Everyone has a voice today. There are different platforms. Everyone has an opinion. So now, if that is going to be there, then you have to learn to ignore certain things. Otherwise, it will just become impossible to live your life. And that’s why I don’t take any of this like seriously.”

She further added, “I just post whatever I want to post. I am like ‘It’s a film and it’s going to release and everyone will have their opinion.’ So that’s it. If it’s a good film, I believe that it will surpass anything, pretty much, the response will be good. I think that good films will surpass anything,”.

Earlier actor Aamir Khan also responded to the trends and said, “Yes, I feel sad. Also, I feel sad that some of the people who are saying this, in their hearts, they believe that I am someone who doesn’t like India. In their hearts, they believe, but it is untrue. It is rather unfortunate that some people feel that way. That’s not the case. Please don’t boycott my film. Please watch my film.”

Meanwhile, an old video of Kareena Kapoor is going viral on social media. In the video, Kareena can be seen talking about nepotism in an interview. However, she gets upset and say “don’t watch out movies, nobody has forced you.” She then say ‘aap aarhe hon aa movie dekhne mat aao.”