Adipurush Release To Be Postponed Again? Deets Inside 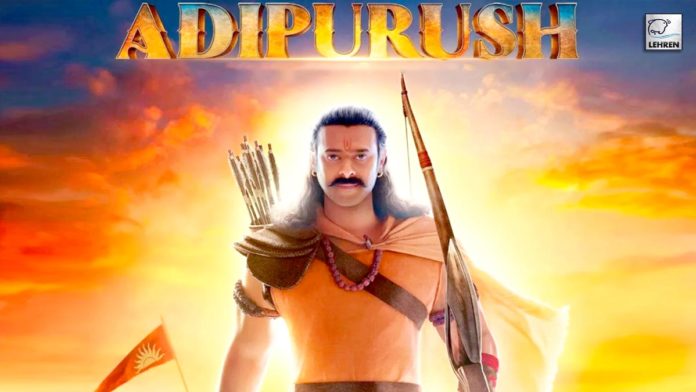 Reportedly, the release of Adipurush starring Prabhas and Saif Ali Khan will be pushed beyond the scheduled date. Adipurush has received downbeat responses since the teaser of Om Raut’s ambitious project was released. The magnum opus pulled massive criticism for poor VFX and the wrong representation of deities.

If reports are to be believed, then Adipurush will not release on 12th January and will make it to big screens on a later date. Reports claim that the Ramayana-based project will be delayed because of massive backlash received from the audience. While on the other hand, some reports suggest that makers are trying to avoid a mega clash at the box office with Chiranjeevi’s Waltair Veeraya and NBK’s Veera Simha Reddy.

However, no such news has been confirmed yet from the makers. If these reports turn out to be true then people won’t get to see the movie on the silver screen on 12th January 2023. Well, the movie is not being postponed for the first time. Initially, Adipurush was supposed to be released on 11th August 2022.

Earlier, legal actions were taken against Om Raut’s Adipurush and asked to make changes to the movie. Director then asserted that they are making notes and assured that Adipurush will not disappoint the audience when it is released.

Adipurush featuring Prabhas, Kriti Sanon, and Saif Ali Khan is adapted from the Hindu mythological epic Ramayana. The film based on Ramayana will have Prabhas essaying Ram, Kriti Sanon will be seen as Sita, Saif Ali Khan will play Lankesh aka Ravan and Sunny Singh will play the role of Laxman. Helmed by Om Raut Adipurush is produced by T-Series Films and Retrophiles. Adipurush is scheduled to release in theaters on 12th January 2023.