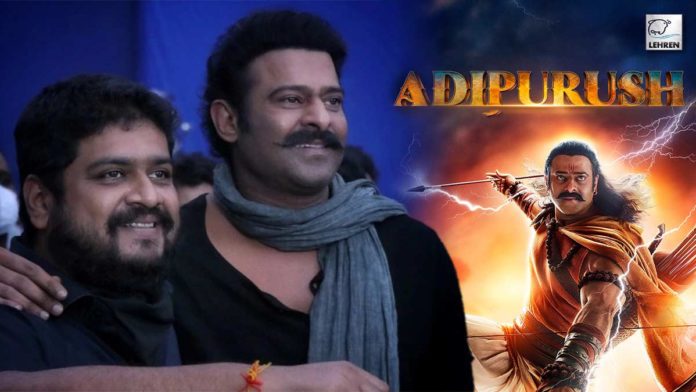 Adipurush director Om Raut finally opens up on the negative response faced by his film. Says he's "disheartened" but not "surprised".

Adipurush: On 2nd October the makers of Prabhas and Kriti Sanon starrer Adipurush unveiled the teaser and the first poster of their film in Ayodhya. However, just a few hours after the release of the much-anticipated teaser the netizens began criticizing the film for Saif Ali Khan’s Islamic look and unconvincing VFX. Addressing the same Adipurush director, Om Raut has now finally broken his silence on the matter, here’s what he said-

In a recent conversation with Indian Express, director Om Raut finally opened up on the negative response faced by his film, he said, “I was disheartened for sure, not surprised because the film is made for a larger medium—the big screen. You can cut it down to some extent but can’t bring it down to a mobile phone. That’s an environment I can’t control. Given a choice, I’d never put it on YouTube but that’s the need of the hour. We need to put it there so that it reaches a wide audience,”

He added, “My partner and the studio (T-Series) is the largest YouTube channel in the world. This film does require audience that comes to cinema halls very rarely— primarily the senior citizen generation that doesn’t come to cinemas, or people from remote locations who don’t have access to theaters. We need those people to come and see the film because it’s Ramayana,”

Apparently, the Adipurush teaser has turned out to be a big “disappointment” for many fans. Following the same, the netizens recently started a #disappointing trend against the film on Twitter. After facing the backlash, the film has now become a target of the “Boycott” trend as well. While it is believed that the reason behind the boycott trend against the film is due to the unconvincing VFX and Saif Ali Khan’s Islamic look in the film.

Check Out: Boycott Adipurush Trends On Twitter, Here’s Why Fans Are Trolling The Film