Actor Rishi Kapoor Passes Away At The Age Of 67 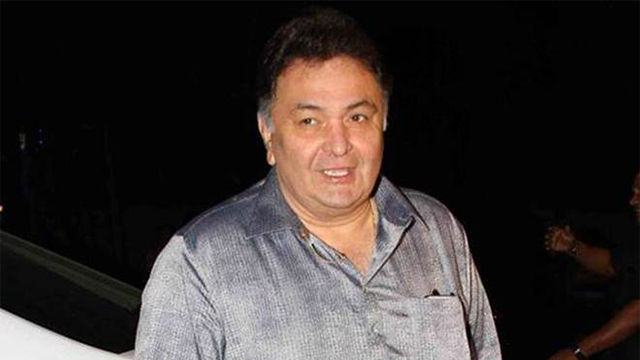 Veteran actor Rishi Kapoor who returned to India last September following his treatment of cancer in the United States was taken to the Mumbai’s Sir H.N Reliance Foundation hospital last night. However, the news is out that the talented actor has taken his last breath at the age of 67 and has passed away for heavenly abode.

The Bollywood fraternity is doomed by such a loss and is sending condolences to Rishi Kapoor’s family. The actor who debuted in Bollywood with the ‘Mera Naam Joker’ playing his father Raj Kapoor’s role as a child. His 1973 film ‘Bobby’ was the one that changed his fate as it was an instant hit amongst the youngsters and Rishi Kapoor became the heartthrob of the nation with his charming good looks and credible acting.

Rishi Kapoor’s brother Randhir Kapoor also has confirmed the sad news. The actor was with his family when he took his last breath. The veteran actor bravely fought a long hard battle with cancer for 2-years.

Rishi Kapoor’s family has shared a note confirming his demise. The message reads, “Our dear Rishi Kapoor passed away peacefully at 8:45 am IST in hospital today after a two-year battle with leukemia. The doctors and medical staff at the hospital said he kept them entertained to the last. He remained jovial and determined to live to the fullest right through two years of treatment across two continents. Family, friends, food, and films remained his focus and everyone who met him during this time was amazed at how he did not let his illness get the better of him. He was grateful for the love of his fans that poured in from the world over. In his passing, they would all understand that he would like to be remembered with a smile and not with tears. In this hour of personal loss, we also recognize the world is going through a very difficult and troubled time. There are numerous restrictions around movement and gathering in public. We would like to request all his fans and well-wishers and friends of the family to please respect the laws that are in force. He would not have it any other way.”

Rishi Kapoor was last seen in Bollywood movie ‘102 Not Out’ alongside Amitabh Bachchan. It was after 27-years that two superstars shared the silver screen.

Rishi Kapoor’s absence will surely be felt in the Bollywood industry and his work will forever be remembered and cherished.