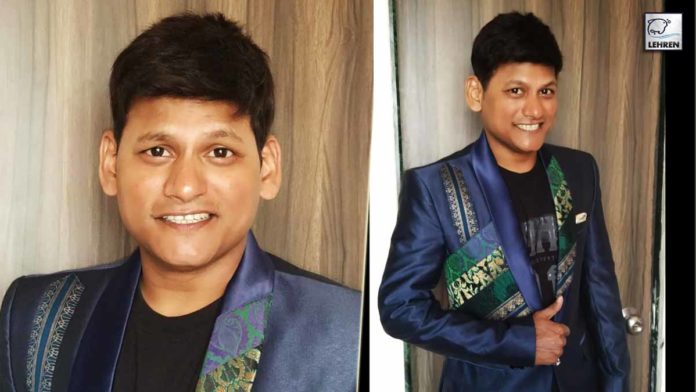 Kalyanji Jana had to mortgage his wife’s jewelry to provide ration to hundreds of artists, technicians and media personnel.

Actor and philanthropist Kalyanji Jana has emerged out to be a messiah for people in distress amid the lockdown. Through his NGO Dadasaheb Phalke Icon Award Films (DPIAF) Organization.

Kalyanji Jana has been working tirelessly to help as many people as he can. During the first lockdown that was imposed by the central government in 2020, Kalyanji Jana had to mortgage his wife’s jewelry to provide ration to hundreds of artists, technicians and media personnel. He has continued his selfless services during the current lockdown as well. His NGO distributes free food to poor people near Adarsh Nagar signal in Andheri West, Mumbai every day. This free lunch service feeds 200-300 people on a daily basis.

Under the DPIAF- Roti & Kapda Bank initiative, the team members of the NGO collect ration and old clothes from people and distribute them on their monthly visits to different villages. Kalyanji also acknowledges the efforts of policemen and BMC workers by visiting them in different areas every Sunday.

Kalyanji Jana had nothing when he first came to Mumbai years ago. But with his hard work and passion, he earned name and fame. He doesn’t believe in hoarding his earning. Coming from a poor background, he knows the plight of a common man and therefore, he makes every possible effort to help them in whatever way possible. Kalyanji feels grateful to the city of Mumbai and its people who supported him in his journey. He says that if we help others, God will help us.

He founded the NGO Dadasaheb Phalke Icon Award Films Organization (DPIAF) with an aim to help struggling artists who come to Mumbai with big dreams. DPIAF operates in every city of the country. Outside of India, DPIAF conducts its operations in countries like Dubai, Nepal, Philippines, Bangladesh, UAE, Japan, Brazil etc.

Kalyanji made his Bollywood debut in 2014 with the film ‘Dhund Lenge Manzil Hum’. The film didn’t work at the box office but it gained him recognition as an actor.
On the work front, Kalyanji has four films in the pipeline. One of them is titled ‘Pataal Paani’ directed by Raj Aashu. The shooting of the film is already completed and is currently in the post-production stage.
The other films titled ‘Dream City Mumbai (real story Mumbai Mahanagari)’ ‘I Love You (the real love story up), Main Hoon Autowala and ‘Bhopal Gas Kand’ with lead actor Kalyanji Jana and actress Ankita Jana are inspired from real-life events and will be made under his home production.

Kalyanji Jana has been Organizing Darshnik Mumbai Press Media Award for the last 7 years. He is also the Organizer of the Dadasaheb Phalke Icon Award Films award show and the Dadasaheb Phalke icon Mr, Miss & Mrs international fashion show that will take place at Bollywood park in Dubai on 24 November 2021.