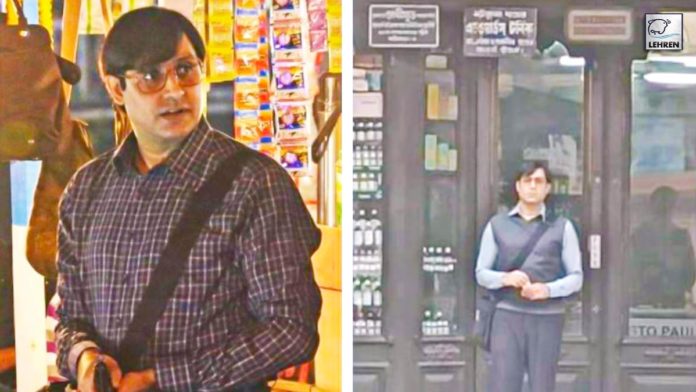 As Abhishek Bachchan drops the teaser of his upcoming movie ‘Bob Biswas’, his fans and family pour love and praise for his commendable work.

Abhishek Bachchan’s career has been a roller coaster ride. Being born with a silver spoon, the privilege and influence that comes with it also come with its own share of hardships and challenges.

The bar was set quite high for Abhishek anyway, being superstar actor Amitabh Bachchan’s son sure came in handy for Abhishek’s career in a lot of ways but the entitlement comes with a cost of sheer responsibility. A spanning 16 years career with more than 50 films, Abhishek still doesn’t seem to be on good terms with his career, compared to his other fellow co-stars. After a few hits like “Guru”, “Yuva”, and “Bunty Aur Babli”, many other flops declined the graph of his career. His strong acting skills in movies like ‘The big bull’ sure fetched him the credits that he deserves but being Bollywood’s megastar Amitabh and Jaya Bachchan’s son has made him subject to unnecessary comparisons and unsettled expectations.

Though Abhishek is an exceptional son, husband, and father, he seems to be getting praises finally for being the exceptional actor that he is. These praises in his work front are surely giving his fans a sense of jubilation.

In recent times, Abhishek shared the trailer of the film through his social media account which acclaimed positive responses from many including his Sister Shweta Bachchan Nanda and niece Navya.

‘Woohoo’, Navya commented as Shweta commented with hands raised emoji. Father Amitabh Bachchan took to his Twitter handle to pen down a heartfelt letter to his son writing rehearing the trailer of the movie. His tweet read
“T 4100 – I am proud to say you are my Son! … BYCMJBBN .. !!”

The movie has already created a lot of buzz in the industry as it’s a spin-off of the 2012 mystery-thriller hit film ‘Kahaani’ starring Vidya Balan as the main lead. The plot revolves around a middle-aged man Bob Biswas, a character that was initially played by actor Saswata Chatterjee in the ‘2012 movie Kahaani’ his performance in the movie had amazed many viewers.

When asked about the replacement of the original cast of “Bob Biswas”, Sujoy Ghosh- writer shared, “I am saying it is not impossible to recreate the world of Bob Biswas where Saswata, who played Bob earlier, can be cast. In fact, if I was helming the film, Saswata would have been a choice, but Diya is directing the film and this is the choice she made. She has her vision for the film. Our idea is to create a new film, in which the world of Bob is different from what we have seen in Kahaani”.

The new spin-off in the movie, “Bob Biswas”, who previously is a hitman-for-hire serial killer is now out of a prolonged coma, unable to remember anything about his family or his life. Left in a confused state of mind, he tries to figure out his life, fighting his own past deeds along with his newly awakened sense of righteousness.

Directed by Diya Annapurna Ghosh and written by Sujoy Ghosh, “Bob Biswas” is produced by Gauri Khan, Sujoy Ghosh, and Gaurav Verma. The film is scheduled to premiere on Zee5 on 3rd December.

ALSO READ – Selena Gomez Got Her First Grammy Nominee For Revelación, Pens Thanks Note For Fans