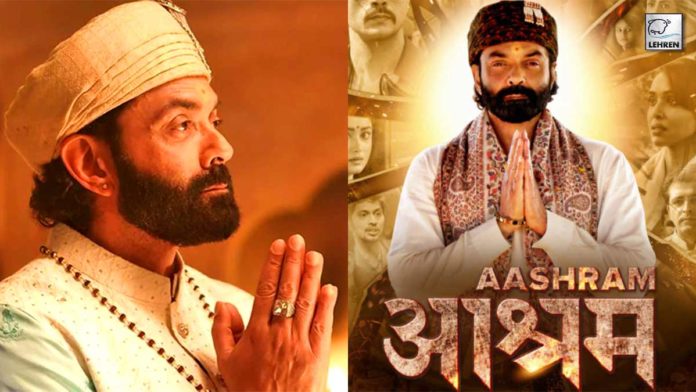 Baba Nirala will be above law in Aashram 4, here’s everything you need to know about the next chapter

Aashram season 3 comes with a piece of great news for the fans. The makers have dropped a teaser of season 4 with the release of all episodes of the third season. Aashram season 4 teaser was unveiled on Friday, June 3rd, the same day as the third installment was released. This has never happened before that a teaser of the next season is announced along with the previous season. Here is everything you need to know about Aashram season 4.

The much-awaited political crime drama Ek Badnaam… Aashram has served the plate with a new teaser as a sweet dish. Aashram is a political crime drama series revolving around a priest named Baba Nirala. The story is about a police officer investigating a preacher who cons his devoted followers out of money. The lead role of Baba Nirala is portrayed by Bobby Deol, who is self-proclaimed godman in the show. The show has grabbed lot of followers since its first season release in 2020 and now within just a span of 3 years, it is set for season 4.

The teaser of Aashram season 4 has been dropped on Friday, 3rd of June, 2022. As the short clip of the next season was dropped so soon we can guess shooting has been done already. With that, we presume the makers will not hold us long to release the next chapter. The fourth installement of the crime drama is expected to release in 2023.

In the Aashram season 4 teaser, we see Baba Nirala declaring himself above law after leveling up as Bhagwan (God) in the third season. In the glimpse of season 4, godman Baba is denoted saying “Bhagwan hum hain. Tumhare kaanon se upar. Swarg banaya hai maine. Bhagwan ko kaise arrest kar sakte ho (I am God. I am above your law. I have created this heaven. How can you arrest God).”

Aashram 4 will be more interesting and intriguing than previous seasons. In the fourth installment, Baba Nirala is speculated to be above everything even the law and opposes his detention stating how one can arrest God. On the other hand, Pammi, who had escaped the Aashram in season 2 and dragged the charlatan to court in season 3, shockingly returns to the Aashram, ostensibly willingly.

Meanwhile, Pammi will get married in the fourth chapter of the show as she is seen getting dressed up as a bride. However, Baba’s lieutenant Bhopa Singh cautions Pammi to stay away from the godman or so-called Baba Nirala.

Aashram season 3 stars Bobby Deol, Esha Gupta, Aaditi Pohankar, and Chandan Roy Sanyal in lead roles. We assume the cast will remain the same in season 4 too if no addition, which is out of our information now.