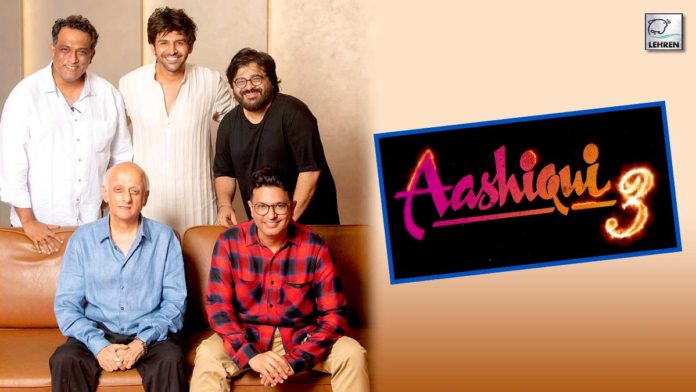 In Hindi commercial movies Kartik Aaryan is currently ruling box office charts. He is riding high on success for his latest blockbuster hit Bhool Bhulaiyaa 2. Not just that he is regarded as Bollywood’s savior for delivering the biggest hit post-pandemic in 2022. The Dhamaka actor is one of the most commercially successful actors after Akshay Kumar basking multiple projects in the kitty. Now latest buzz around Kartik Aaryan is that he is reported to headline Anurag Basu’s next directorial titled ‘Aashiqui 3’.

Kartik Aaryan is the youngest hit machine in the Hindi Film industry presently. He is being offered noteworthy projects by prominent directors and producers. He will now work on the franchise of the classic love story Aashiqui. The first part was headlined by Rahul Roy and Anu Aggarwal in 1990, it was later revived by Aditya Roy Kapur and Shraddha Kapoor in 2013. Now Kartik Aaryan will extend the legacy of the iconic romance musical drama, however, the female lead for Aashiqui 3 is not known yet.

Earlier a reliable insider source revealed that Kartik will be next seen in Anurag Basu’s film. The source quoted, “It is a romantic film that shows a kind of love story we haven’t seen in our cinema. Anurag Basu’s film will give Kartik a  chance to extend his performing skills beyond anything he has done so far.”

In an interview with Variety, Kartik said, “The timeless classic Aashiqui is something I grew up watching and working on Aashiqui 3 is like a dream come true. I feel privileged yet grateful collaborating with Bhushan Kumar and Mukesh Bhatt for this opportunity. I’ve been a big fan of Anurag Basu’s work and collaborating with him on this one will definitely shape me in many ways.”

Anurag also spoke about the upcoming project, “Aashiqui and Aashiqui 2 were emotions for the fans that has remained in hearts till date, the aim is to carry the legacy ahead in the best possible way. It’d be my first venture with Kartik Aaryan, who is known for his hard work, dedication, grit and determination towards his work and I’m truly looking forward to this one.”