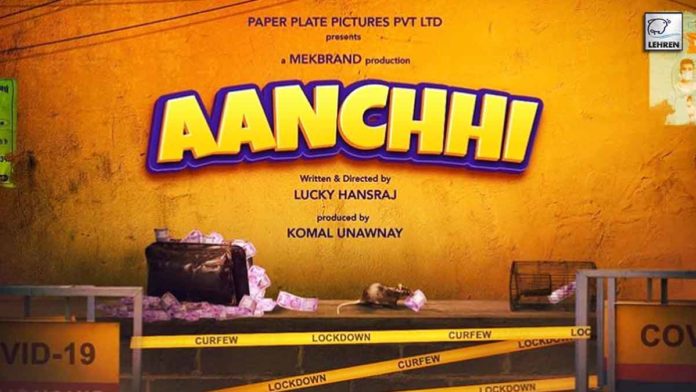 Aanchhi stars the trio of known and talented actors like Subrata Dutta, Ishtiyak Khan and Sunita Rajwar in the lead roles, all NSDians through and through.

“Aanchhi” Is unique and offbeat as the title sounds, the film promises to pack more than that in the mainstream entertainment zone.

Aanchhi promises a fun ride to all the viewers. Having been set in the pandemic period of 2020, the movie focuses on the funny part of the whole pandemic scenario, a side we rarely focus on. It is a humorous yet meaningful story of a contract rat killer who gets a new job but mistakes it for something else which changes the course of his life.

The film stars the trio of known and talented actors like Subrata Dutta, Ishtiyak Khan and Sunita Rajwar in the lead roles, all NSDians through and through. In the last few years NSDians like Pankaj Tripathi and Nawazuddin Siddiqui have won the hearts of the audience with their fabulous perfomance and their career graph is just raising and raising only, and this new trio in Aanchhi is all set to repeat the same phenomena. Subrata with a repertoire of films like Talaash, Tango Charlie, Zameen, The Shaukeens, Rakhcharitra and Bhootnath Returns under his belt, has the experience of working alongside top superstars. The second cast, Ishtiyak Khan was last seen in Anurag Basu’s Ludo as Inspector Sukumar Sinha and was a well received character. He has also worked alongside Salman Khan in Bharat and Arshad Warsi in the superhit courtroom drama Jolly LLB.

The female lead will be played by Sunita Rajwar whose performances have received accolades from the audiences in films like Shubh Mangal Zyada Saavdhan, Bala, Stree and Successful series like Gullak. Elated about this exciting project she adds, “Aanchhi is a satire, comedy, drama and overall a complete package that audience with definitely enjoy. I am sure, the subject and our performances will leave audience with the satisfaction of watching something really good. My experience of working with Sir (Mr. Lucky Hansraj) and ‘Paper Plate Pictures’ and ‘Mekbrand Production’ has been wonderful. My co-actors have been very supportive throughout the shooting period and everything went very well.”

A well-known ad filmmaker Lucky Hansraj who have made some excellently crafted ads before, will be making his feature film debut with ” Aanchhi”. Being highly excited about the project, he took to his social handle to release the motion poster of the film. He wrote, “Yes, #MotionPoster Out. My first venture as Writer – Director. #Aanchhi – Sneezing Soooon”.

Producer Komal Unawnay who’s has already gifted us a beautiful film like ‘One Way Ticket’ which was released successfully and now on Amazon Prime Video and Sony Liv platform. Komal took her Instagram to announce the motion poster of her upcoming film “Aanchhi”