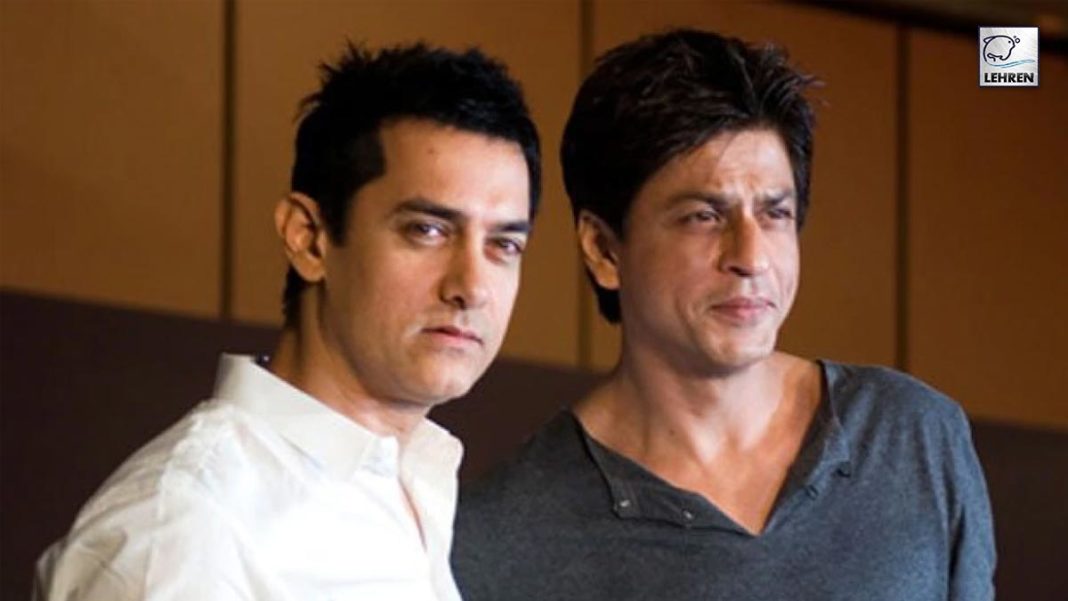 Actors Aamir Khan and Shah Rukh Khan enjoy a massive fan following across the globe. Both are brilliant at what they do and never fail to impress their admirers. For a while now, both of them have stayed away from the limelight. While Aamir Khan is shooting for his upcoming movie Laal Singh Chadha, Shah Rukh Khan is yet to make an official announcement about his upcoming venture. However, there is a piece of good news for both of their fans. Reportedly, Aamir Khan is going to direct SRK for his cameo scenes in Laal Singh Chaddha.

Last year, hearsay suggested that Shah Rukh Khan will make a special appearance in Aamir Khan’s movie Laal Singh Chaddha. But neither of the two ever made an official announcement for the same.

Moreover, recently King Khan himself announced that his production house Red Chillies, is handling the VFX on Laal Singh Chaddha.

The rumours of Shah Rukh Khan’s cameo in the movie are making rounds in the alleys of tinsel town. If they turn out to be true, the audience will surely rejoice. Furthermore, if Aamir Khan is going to direct SRK for his cameo scenes then it will be the icing on the cake.

Speaking of Laal Singh Chaddha, the film also features Kareena Kapoor Khan as the female lead. The actress has wrapped up her scenes last month as she is pregnant with her second child.

The film helmed by Advait Chandan has been indefinitely delayed because of the coronavirus pandemic.

It was originally slated to hit the big screen in December 2020. However, now, the makers are aiming for another release date.

For the unknown, Laal Singh Chaddha is an adaptation of the Hollywood movie Forrest Gump. The 1994 movie stars Tom Hanks as the main lead. The film is a cult classic.

It will be interesting to see the Hindi adaptation of such a marvellous movie. Fans are eagerly waiting for its release.