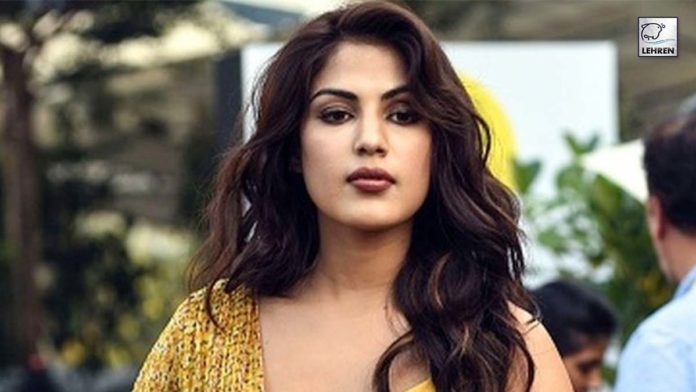 Rhea Chakraborty revealed that she has thought of dying by suicide because of the constant trolling she has faced in the past few months. The actress revealed the same in an explosive interview. Read below for more details.

The sudden demise of actor Sushant Singh Rajput left everyone utterly shocked. His former girlfriend Rhea Chakraborty is one of the prime suspects in the case.

The Jalebi actress has been probed by several agencies post the late actor’s father K.K Singh filed an FIR against her.

Amid the on-going turmoil, Rhea Chakraborty has become a target for trolls and they are leaving no chance to bring her down. However, the actress came clean on her side of the story in an explosive interview.

Rhea was interviewed by Rajdeep Sardesai and Aaj Tak, where she spoke in detail about how she is being mentally harassed. The actress has been receiving death and rape threats on her social media handles that too on a daily basis.

The 28-year old actress revealed suicidal thoughts have crossed her mind due to all the continuous trolling. She said, “Yes, I have (thought about suicide). Or someone should just shoot us. We are middle-class people, respect is everything for us, and we have nothing left now. Today I am a drug dealer, tomorrow I am something else. Everyone is after us.” Rhea feels she needs someone to stand in her support.

ED summoned Rhea pertaining to the money laundering charges levied on her. Even the actress’s WhatsApp chats went viral and the mystery of the Sushant Singh Rajput case deepened.

The Central Bureau of Investigation is currently investigating the late actor’s case. The officials are yet to interrogate Rhea Chakraborty and her family members.

Sushant Singh Rajput died of suicide on June 14, 2020. The news was heartbreaking for millions of his fans.

Sushant’s fans have stormed the internet asking for justice for their favourite star.

Netizens Accuse Urvashi Rautela Of ‘Lying’ As She Says, ‘Leonardo DiCaprio Praised Me’