8 Underrated Bollywood Movies Of 2022 That You Should Watch ASAP 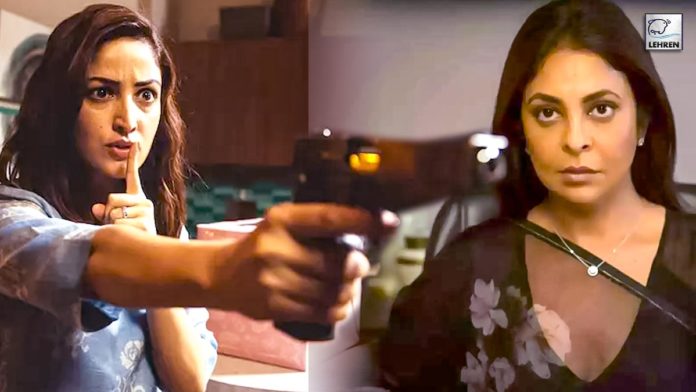 Check out the most underrated movies that impacted well yet could not do well at Box Office.

There are times that instead of the cult movies that shake us to the core we prefer to see some big banner movies to cheer us. There are certain movies that though they have a different approach to rom-com movies but are inspirational still fail to either on Box-office or applause.

This sports biography about the life of Vijay Barse, founder of the NGO Slum Soccer, didn’t get the attention it deserved. Starring Amitabh Bachchan and directed by Nagraj Manjule, it showed how a retired gym teacher rehabilitated street kids to join a team of soccer players to keep them away from drugs and crime.

Pravin Tambe, the senior IPL biopic on cricketer watches as Shreyas Talpade plays the title role which provided one of the memorable performances. The man behind films like A Wednesday, MS Dhoni: The Untold Story, Special OPS, Special26, Baby, Rustom, and Neeraj Pandey directed the biopic.

Directed by Suresh Triveni, this thriller stars Vidya Balan and Shefali Shah. Both actresses gave fabulous performances. The film tells the story of a famous journalist and her cook and their conflict.

Produced and directed by Ajay Devgn, this thriller also stars him. Inspired by true events and also starring Amitabh Bachchan, Rakul Preet Singh, Boman Irani, Angira Dhar, and Ahmad Harhas, the film’s story follows a MayDay call from Captain Vikrant Khanna, a flying prodigy, as he loses hope of saving himself. Your flight and its passengers.

5. Chup: Revenge of the Artist

One of the most underrated Bollywood movies of 2022, Chup: Artist’s Revenge is a real-life movie from R Balki, the filmmaker who has produced gems like Pa, CheeniKum, Padman, and more. The psychological thriller centers around a serial killer who targets film critics who write dishonest reviews of films and stars Sunny Deol, Dulquer Salmaan, Shreya Dhanwanthary, Saranya Ponvannan, Pooja Bhatt, Amitabh Bachchan, and Adhyayan Suman, among others.

Featuring a legendary ensemble cast of Amitabh Bachchan, Anupam Kher, Boman Irani, Parineeti Chopra, Danny Denzongpa, Neena Gupta, and Sarika, among others, Uunchai is the story of three friends who journey to the base camp of Mount Everest to pay tribute. your friend and fulfill his last wish.

Yami Gautam has given one of his most powerful performances here. The film tells the story of a kindergarten teacher who takes 16 of her student’s hostage. Her deeds send shockwaves across the country.

If you’re a Pankaj Tripathi fan, you truly can not leave out this one. Giving every other terrific overall performance on this one, Tripathi’s stars at the side of Sayani Gupta and Neeraj Kabi relate the actual existence incidents that came about at Pilibhit Tiger Reserve, in which humans could purposely depart their aged own circle of relatives understanding tigers could prey on them. They did this so that later they can declare compensation from the administration.