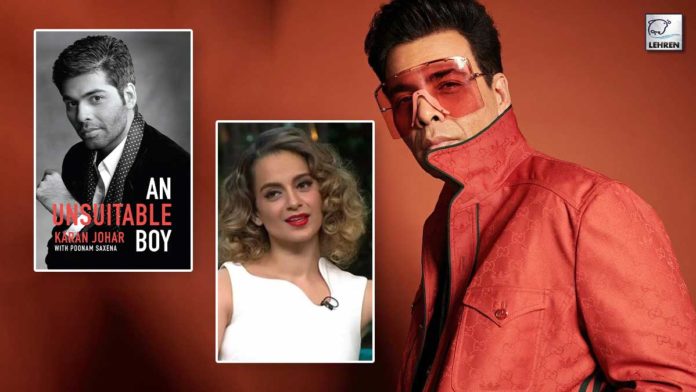 Here are some of the dark secrets of filmmaker Karan Johar that you never knew, take a look-

Bollywood filmmaker Karan Johar is one of the most controversial and buzz creator celebrities in the industry. The filmmaker is known for his bold remarks and statements in B-town. Karan is the host of the much popular show Koffee With Karan in which the filmmaker often brews some piping hot gossip with the biggest names of the industry as he spills some very candid gossip and conversations on the show which often creates big controversies in the town.

However, the filmmaker himself is not much open and candid about his own life on the show, though he has shared a thing or two about his personal life in his book. So here are some of the dark secrets of filmmaker Karan Johar that you never knew, take a look-

In an episode of Neha Dhupia’s podcast #NoFilterNeha, Bollywood filmmaker Karan Johar once revealed that he paid for his very first s*x experience. While calling his first-ever s*x experience ‘nerve-wrecking’, Karan said that he lost his virginity at the age of 26 in New York. In his book ‘An Unsuitable Boy’, Karan wrote, “It just seemed a bit stupid; it seemed fake because obviously, the person assigned to make you happy is going to make you artificially happy.”

2. Kangana Ranaut Revealed That Karan Johar Is The Flag Bearer Of Nepotism

Bollywood filmmaker Karan Johar has undoubtedly launched many celebrity kids into the industry be it Alia Bhatt, Varun Dhawan, or Ananya Panday. Mentioning the same Dhaakad actress Kangana Ranaut once opened up on the topic at Koffee With Karan and took a dig at Karan while calling him the ‘Flag Bearer Of Nepotism’ and someone who is “snooty and completely intolerant to outsiders” and accused him of running a “movie mafia”.

3. Karan Johar On His ‘Sexual Orientation‘

4. Running Away From Boarding School

Filmmaker Karan Johar once revealed that he ran out of his boarding school on Twinkle Khanna’s advice.”I got up at 4 o’clock in the morning, following Tina’s advice to run away from boarding school. I didn’t roll down, I fell, I didn’t know the slope was so steep! So I rolled, reached the bottom of the hill, and there was this Nepalese watchman who started shouting at me!”

5. Breaking 25 Years Of His Friendship With Kajol

In his book ‘An Unsuitable Boy’, filmmaker Karan Johar opened up about breaking his 25 years of friendship with the My Name Is Khan actress Kajol after Kamal R Khan claimed that Karan Johar paid him Rs 25 lakh to trash Ajay Devgn’s film Shivaay and praise Karan’s Ae Dil Hai Mushkil. The tweet was shared by Ajay and re-tweeted by Kajol which obviously did not go down well with Karan Johar.

To this, he wrote,  “I wouldn’t like to give a piece of myself to her at all because she’s killed every bit of emotion I had for her for twenty-five years. I don’t think she deserves me. I feel nothing for her anymore. I’ve been told by my friends that it’s still my hurt talking but I’m so indifferent to the situation now, what with everything that’s transpired. There was still a bit of me that wished we would get back to what we had, but that one-word tweet that she put out that was the most humiliating thing she could have done for a person who loved her deeply. That broke me. Once it broke me, it angered me and then I went into indifference.”

That’s a wrap!! So these were some of the lesser-known dark secrets of Bollywood filmmaker Karan Johar.