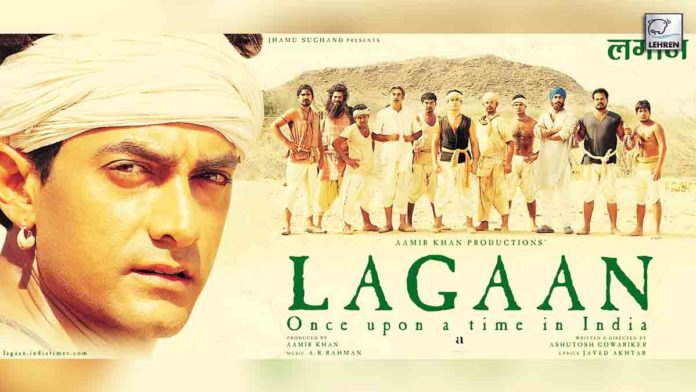 In a unique user-generated campaign led by media, #MyLagaan is trending on social media marking 20 years of Aamir Khan’s film Lagaan anniversary. On 15th June 2001, Lagaan hit the silver screens, a very unusual, unconventional idea conceived by Ashutosh Gowariker that struck a chord with millions of people and the film in no time became massive and a historic one.

This #20YearsOfLagaan anniversary celebration for a film is by far the most unique. The uniqueness of #MyLagaan brings out so many fan memories from the time they watched Lagaan, a wave of posts have been put up on social media by media and fans sharing their fond memories and what the film’s release meant to them. This has never happened in the history for any other film’s anniversary but owing it to the record-breaking cinematic treat that was made of blood, sweat and tears of those involved had to get this unique treatment.

Even Indian team cricketers have shared their #MyLagaan memories as well, which makes it even more special:

Starring a whole host of talented actors, the film among many other achievements, made it to the nominations of the prestigious Oscars, being the third film after Mother India and Salaam Bombay. The third film to do so and one which changed the way people looked at Indian cinema, also giving it a place on the global platform.

The film is a timeless classic, a sports epic that saw the impeccable Aamir Khan ‘Bhuvan’ along with some superlative performances by the ensemble cast and soulful tracks by A.R.Rahman made it a melodious memory for all.

Lagaan marked the first for Aamir Khan Productions and since then the production house has presented to its audiences some really inspiring stories. Fondly remembered worldwide even today, Lagaan evokes many more emotions than just patriotism.