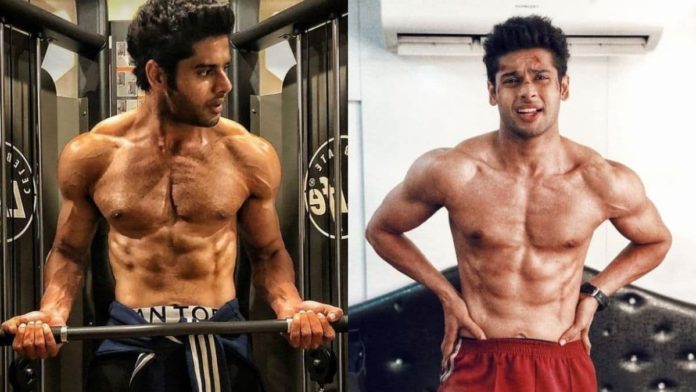 Check out 10 shirtless pictures of actor Abhimanyu Dassani who will be next seen in the Netflix film 'Meenakshi Sundareshwar'.

Move over John Abraham and Varun Dhawan! We have a new hottie in town who is winning our hearts, both on-screen and off-screen. We are talking about actor Abhimanyu Dassani, who made his debut in 2018 with the film ‘Mard Ko Dard Nahi Hota’ alongside Radhika Madan. He will now be seen in the Netflix film ‘Meenakshi Sundareshwar’ opposite Sanya Malhotra.

Abhimanyu loves to post his shirtless photos on Instagram and they will totally blow your mind. So, boys and girls, check out his 10 best shirtless pictures that will make your day!

Check Out: 7 Big Releases In November 2021 That You Can’t Miss

You’ll be amazed to know that Abhimanyu is the son of ‘Maine Pyaar Kiya’ actress Bhagyashree. He started his career by assisting director Rohan Sippy on ‘Dum Maaro Dum’ and ‘Nautanki Saala’. His upcoming film ‘Meenakshi Sundareshwar’ will start streaming on Netflix on Nov 5. He has also completed the shoot of the Hindi film ‘Nikkama’ also starring Shilpa Shetty and Sherley Setia.

What do you think about this new hottie in town?

Mouni Roy Heads To Goa For Her Wedding, Interacts With Paparazzi