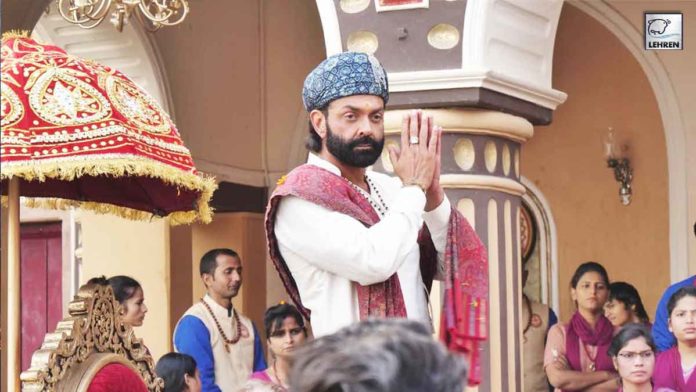 Actor Bobby Deol is celebrating one year anniversary of 'Aashram Season 1' which garnered him much-deserved recognition.

Actor Bobby Deol, who had amazed us with his performance last year as Baba Nirala in his big OTT debut, Aashram, celebrated the one-year anniversary of the show by sharing gratitude on this social media.

This last one year has turned out to be the most rewarding one for Bobby as he went ahead and established himself as the most bankable star in the world of OTT with Asharam and the character of Baba Nirala has given him popularity like never before. The actor also received The Dadasaheb Phalke International Awards for Best Actor in Web series for Aashram Season 1 that came out in 2020 on MX Player.

The actor celebrated the 1 year anniversary of the show today by sharing pictures from Season 1 and said “Sometimes a journey takes you to a memorable destiny, Aashram is one such trip that took me to the undiscovered and I can’t wait to take the journey forward. Janpnaam”

Bobby is currently gearing up for Season 2 of Aashram and has a lineup of interesting projects coming the forthcoming year.

His future lineup is quite as impressive as he has a range of releases, from ‘Love Hostel’, ‘Apne 2’, ‘Penthouse’, ‘Animal’ and finally ‘Aashram Season 2’.