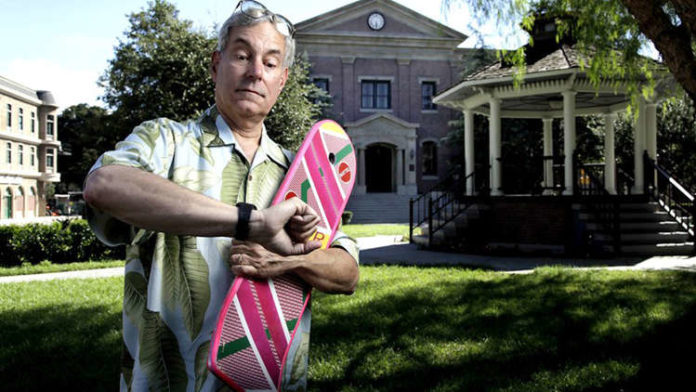 Eversince Back To The Future released fans had been discussing one thing, which is, ‘why don't Mom and Dad remember Marty?’ Finally screenwriter Bob Gale has the answer.

The argument about an obvious plot hole in Back to the Future recently reignited during the social media trend “5 Perfect Movies.” However, what started as a fun Twitter trend turned into some thoughtful discussion as stars and filmmakers began to debate on perfect films.

That’s when Marvel filmmaker James Gunn pointed to Back to the Future, plot hole, he wrote, “Back to the Future SEEMINGLY could be imperfect (why don’t Mom and Dad remember Marty?), but I would still argue it’s a perfect film because there are reasons why this could conceivably be the case. Or maybe I’m in denial. Who knows.”

Many celebs came in forward and shared their views, Avengers star Chris had logical point, he shared, “Maybe they do remember him tho, not as Marty, as Calvin. When Marty returns to present-day 1985, it could have been years since his parents would have perhaps originally noted the uncanny resemblance between their son and that kid from high school 20 years previous.”

After seeing everyone’s point, screenwriter Bob Gale closed the case for good, he said, “Bear in mind that George and Lorraine only knew Marty/Calvin for six days when they were 17, and they did not even see him every one of those six days. So, many years later, they still might remember that interesting kid who got them together on their first date. “But I would ask anyone to think back on their own high school days and ask themselves how well they remember a kid who might have been at their school for even a semester. Or someone you went out with just one time. If you had no photo reference, after 25 years, you’d probably have just a hazy recollection. So Lorraine and George might think it funny that they once actually met someone named Calvin Klein, and even if they thought their son at age 16 or 17 had some resemblance to him, it wouldn’t be a big deal. I’d bet most of us could look thru our high school yearbooks and find photos of our teen-aged classmates that bear some resemblance to our children.”