7 Bollywood Divas Who Got Pregnant Before Marriage 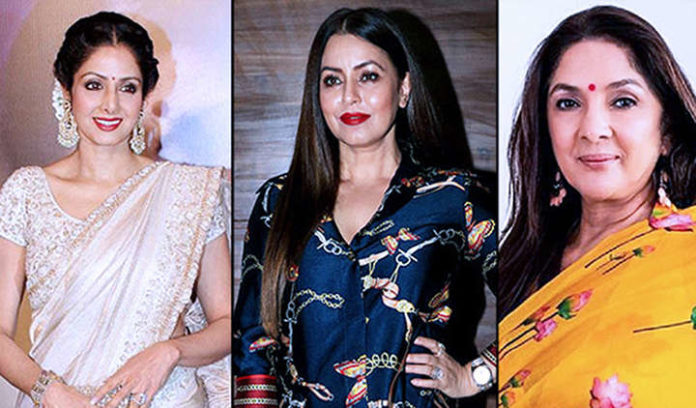 A list of Bollywood beauties who went beyond societal norms and conceived before marriage.

The news of pregnancy is treated very differently in India, especially when a woman is not married. Though the idea of having a child before marriage is normal in western countries, it is still considered a taboo in India. However, there were some Bollywood divas who didn’t care much about society and broke the stereotypical mentality. Here’s a list of such 7 beauties who got pregnant before marriage:

Sridevi was the only Bollywood actor of her time who publically accepted her pregnancy before marriage. She conceived when she was dating an already married man Boney Kapoor. The actor tied the knot with Boney when she was in her third trimester.

Konkona was dating her co-star Ranvir Shorey and the two got married in a private ceremony in 2010. And soon after that, they welcomed a baby boy. Though the couple never opened up, it was quite obvious for anyone to understand that Konkona had conceived before marriage.

Celina married her Dubai based Austrian boyfriend Peter Haag in July 2011 and gave birth to twins in March 2012. Though she has always denied the reports of her pregnancy before marriage, people believe otherwise.

In January 2019, Amy Jackson revealed that she was dating hotelier George Panayiotou. In March, she announced her pregnancy and in May the couple got engaged.

Mahima Chaudhary made a sudden marriage announcement with Bobby Mukerjee and tied the knot in 2006. People connected the dots when she gave birth to a daughter a few months later.

The sudden marriage of Amrita Arora with her businessman boyfriend Shakeel Ladak shocked the people but it all made sense when Amrita gave birth to a child soon after that.

Neena was in a love relationship with cricketer Vivian Richards. Though their relationship didn’t last long, it got Neena pregnant. Neena and Vivian never married because he chose to stay with his first wife. But Neena raised her daughter Masaba as a single parent.